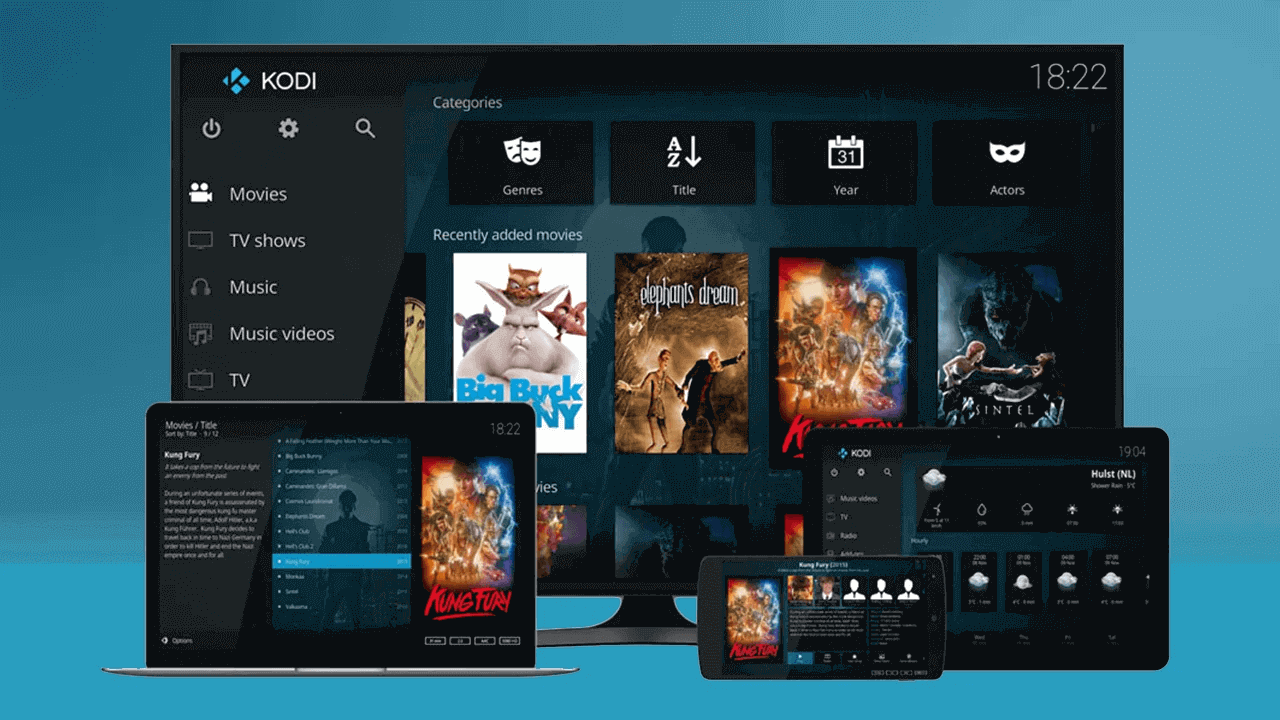 Kodi is a software application, an open-source and free one formerly known as XBMC (X- box media center). Kodi software is developed by the Kodi Foundation, a technology-related NGO.

It was initially released in 2002. The leading developers are the XBMC foundation. It is formerly called XBMC. The installation of Kodi is slightly complicated, so here is the complete guide on How to install kodi on Chromebook to make it easier for you

Users mostly install this app because:

It is simply a media center for massive impeccable entertainment platforms, i.e., home theatre systems. Users can download it from the play store, and it is also available for the mac systems.

Kodi app is more like a VLC, but it has some key differences. The Kodi Foundation has launched this software primarily for streaming media content over the Internet. Later on, it has added many more features to make it more engageable with the users.

It is also an award-winning media center that more people have chiefly voted for.

List of Things That Can Be Done on Kodi

With the vast media library and playback options, Kodi has become the go-to media player for many. This software is both a media library and a media player, enabling you to enjoy hundreds of different games and content. You can even track your videos halfway through and resume watching them where you left off. Hundreds of other games can also be played on Kodi. You can play games, stream live TV, and even play locally-created content.

To change the language or region of Kodi, you can select a language pack. When you do, Kodi changes its region to reflect your choice. However, not all languages are supported by Kodi. Another customization option is changing the character set and keyboard layout. If you do not speak English, you can change your keyboard layout to match the language of your choice. These are only a few of the many options for customizing Kodi.

Users can customize the interface with the help of custom skins. Kodi offers several options for changing the appearance. Users can choose the language they want to use and select the screen saver. In addition, they can customize their screen by hiding touch controls and enabling the background playback of videos. Custom skins are available for TV shows and movies. They are available as add-ons, which are customized versions of the software.

You can add local content to Kodi from your micro SD card. A 64 GB card is sufficient to store a huge library of media. You can browse your media libraries in Kodi as if they were native to your device. You can also transfer files across your local network. Kodi will display the file path in its File Manager. Once it has completed the sync, you can browse and play your local content.

When you have finished adding videos from your computer, Kodi will prompt you to refresh metadata, so you can view the videos in a more appealing way. It is smart enough to identify the titles of local videos and pull the information from the internet. When you browse videos from your computer, Kodi will display cover artwork, synopsis, descriptions, and other information about the videos. The process may take a few minutes, depending on the size of your library. Once it is finished, you will have a fully functional video library. Repeat these steps for other media sources.

If you love to watch television and want to watch it on your Kodi device, you’ve come to the right place. Streaming live TV on Kodi is the future of entertainment, and there are many options available. But streaming online is not without its dangers. Cyber threats are a reality, and free streaming is fraught with piracy. Furthermore, your online presence could be subject to legal trouble, so it’s vital to use a VPN service. VPN servers will protect your online identity and allow you to stream anonymously from anywhere.

USGoTV is a good example of an all-in-one addon, offering 90+ live TV channels. These channels are listed alphabetically and cover a variety of categories including entertainment, music, kids, and science. One of the best parts of USGoTV’s Kodi addon is its reliability. Another great all-in-one addon is Asgard. It supports both Debrid and non-debrid content, and it supports 4K video.

When adding third-party add-ons to KoDi, keep in mind that you aren’t installing your own content. Rather, you’re adding an add-on to improve the functionality of Kodi. Trakt, an online service that keeps track of media consumption, is an add-on that lets you easily find the last episode you’ve watched. If you’re using Kodi on a mobile device, you can also install the Trakt add-on to keep your media consumption in one central place.